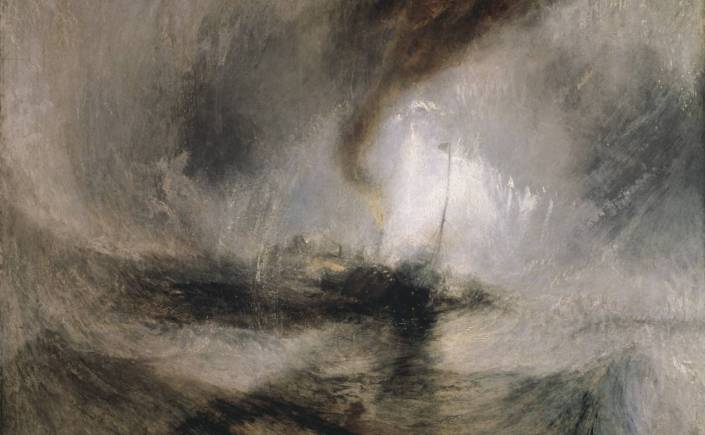 A snippet from a piece on Turner which got me thinking about how one should establish, maintain and develop one’s painting style…

Let’s begin with the testimony of the painter Frith in the celebrated case of Whistler vs. Ruskin

‘He (Frith) was then asked what he thought about Turner, and in particular whether Turner was an idol of Ruskin’s.

‘Yes,’ Frith agreed, ‘and I think he should be an idol of everybody.’

‘Do you know one of Turner’s works at Marlborough House called “the Snowstorm”?’

‘Are you aware that it has been described by a critic as a mass of soapsuds and whitewash?’

‘Would you call it a mass of soapsuds and whitewash?’

‘I think it very likely I should,’ said Frith, causing more laughter.  ‘When I say Turner should be the idol of everybody, I refer to his earlier works, but not to his later ones, which are as insane as the people who admire them.’

And so it goes: invention invites ridicule.

It’s the easiest thing in the world to become an admired painter – just paint in a style which other people approve of. Turner did it and was fêted.

Starting with dark ‘Dutch style’ works Turner quickly moved on to lighter, brighter, Italianate works inspired by Claude. Approbation followed as night follows day, but in his heart of hearts Turner must have known he was re-imagining the works of other men.

For many painters (and almost any gallery) this is enough, to be the next Kurt Jackson, Adrian Ghenie, Jenny Saville, Peter Doig .. just look at a serious Open Art competition near you. 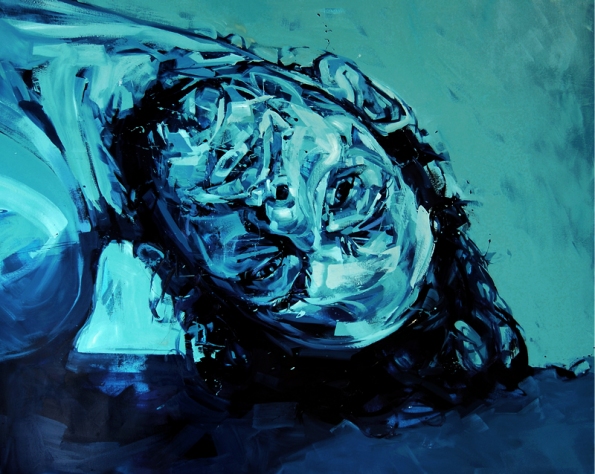 But is it enough for you to be a copyist? Be honest now. Picasso was very honest when he reflected on how he – just like Turner – spent his career working towards what was expected by the art critics of his day:

‘I myself, since Cubism and before, have satisfied these masters and critics with all the changing oddities which passed through my head, and the less they understood me, the more they admired me.

By amusing myself with all these games, with all these absurdities, puzzles, rebuses, arabesques , I became famous and that very quickly. And fame for a painter means sales, gains, fortune, riches.  And today, as you know, I am celebrated, I am rich.  But when I am alone with myself I have not the courage to think of myself as an artist in the great and ancient sense of the term. Giotto, Titian, Rembrandt were great painters: I am only a public entertainer who has understood his times and exploited as best he could the imbecility, the vanity, the cupidity of his contemporaries. Mine is a bitter confession, more painful than may appear, but it has the merit of being sincere.’

So the question and the lesson is this dear reader: approbation is one thing, satisfaction and creative fulfilment quite another. As I’ve written elsewhere in this Blog, developing one’s style from a great artist is absolutely normal ; just don’t kid yourself it’s anything more than a means to an end.

The wonderful Andrew Salgado (who painted the blue reverse Jenny Saville above) moved on to much greater, things and now is the unhappy object of thousands of Salgado-a -like  painters. Let’s hope they discover their own creative visions.

Back to insanity, and the point of this note:

A process is at work here: start by finding a painter you admire, and get that style under your skin. When the plaudits arrive, don’t swallow your own PR and convince yourself that you are a creative genius; your work is just a mirror to other popular styles. 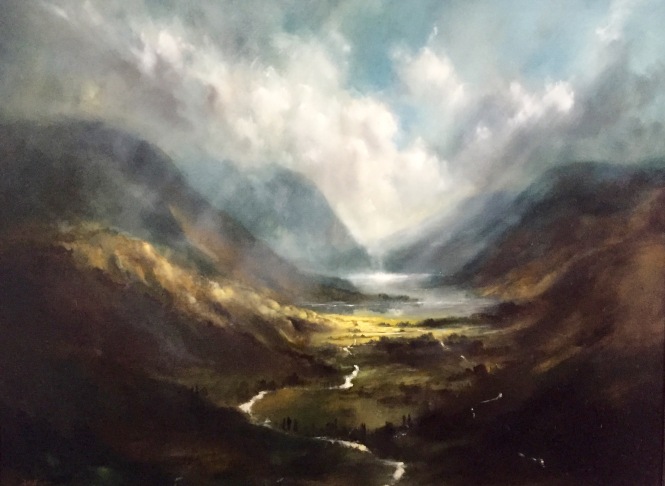 Buttermere by Martin Kinnear – or is it Ruisdael, or Turner? Anyway it sold and I could have painted these until I died in harness and lived very well.

Now do something original in the knowledge they’ll be no shortage of people queuing up to say that ‘you’ve lost the plot’. I know this to be true because my sell out show, The Painted Garden was a radical departure from what I’d been selling to clients through galleries for years. It was a huge creative, not to mention financial risk, but when I considered the alternative, Picasso’s warning rang in my ears.

‘What have you done?’ was a memorable comment. About 50 large canvases, and gaining a new creative freedom was the answer.

Here’s to the insane.

Painting is Dead. I’ve been hearing this for years.

Actually it might be alive a bit, let’s hold a mirror under its nose.

For a ‘dead Art’ it’s looking pretty rosy, every time I go to a blockbuster exhibition it’s on painting, of paintings, by painters; with ticket holders queuing around the block to get in. Not bad for a corpse.

Lazarus like,  Painting has dragged itself once again from the sepulchre in the form of Turner: Adventures in Colour at the wonderful Tate Contemporary, Margate, from Oct 8 2016.

Wonderful, because it’s in Margate – a town redolent of its glorious and faded past and very relevant to Turner, it’s most famous resident artist. A visit to Margate soon reveals his fascination with the place (beyond the earthy charms of Mrs Booth of course); the light here is breathtaking, almost Venetian, and it’s to Venice where we must go to get under the skin of this show.

By his mid 20’s, Turner was knocking out dark tonal oils for fun. It’s a simple method based on ébauche, and used by all of the greats from Caravaggio to Van De Velde. The thing about ébauche is that it’s a tonal, dark, sturdy, almost protestant way to paint. Great for Dutch Boats in A Gale, Plagues of Egypt and all that, but not any answer to the luminous, ephemeral works of that greatest of Masters, Claude.

Claude did subtle. His pictures are nothing if not confections of colour, light and melting forms. If Turner wanted to be taken seriously he had to get Italianate.

I’ve not seen the show yet (I didn’t see it in France), although I know the work & have written about it for Artists & Illustrators, and I can’t wait to go.

So what do I hope to take from the show? I love Turner’s work and admire the man, but the last thing I want to be is a Turner-a-like, so it is to the ideas behind the work rather than its’ techniques which I’ll turn when the show starts.

For me, Turner’s key idea is ‘orchestration’ that’s to say his pictures are not of discrete things ( a house, a boat, a tree) but continuities joined by light and obfuscated by atmosphere. This, I think, is what he meant when he wrote of ‘Rembrandt’s mystic veil of colour, pierced by form.’ 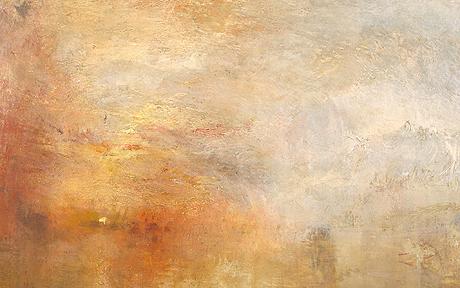 Cohesion and unity of vision, that’s the key to it

When my painting starts to look disjointed, I recall the unity, the vision, the cohesion of Turner’s work and the clouds of doubt lift.